PVUDP completed and handed over 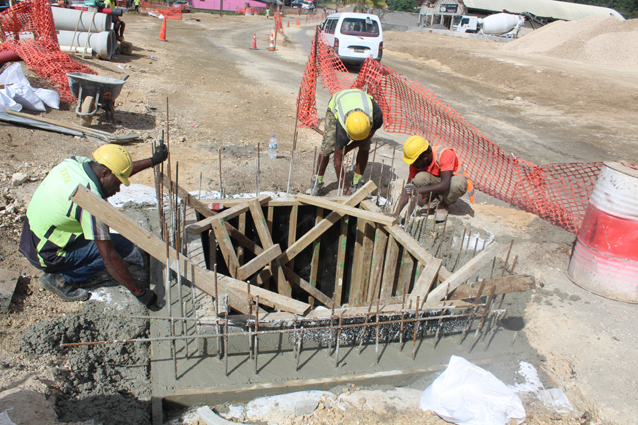 Port Vila Urban Development Project (PVUDP) is funded by the Australian and Vanuatu Governments and a loan from the ADB. ADB administers the Project and the Vanuatu Government implements the project through Vanuatu Project Management Unit (VPMU).  This update is the latest based on the most recent ADB Review Mission report of April 2018.

Summarily, in the Review Mission’s view, the implementation arrangements for PVUDP are satisfactory, while overall, the VPMU project management team has performed well given the substantial contractual challenges throughout VPMU’s portfolio and adverse and unbalanced media attention to PVUDP since 2017. Some delays were noted by the Mission relating to the design of certain key sections of the road including at Manples and Au Bon Marche Nambatu to wharf road. These have now been completed and works have since commenced at Manples while the wharf road section will now come in under Phase 2 of the project. 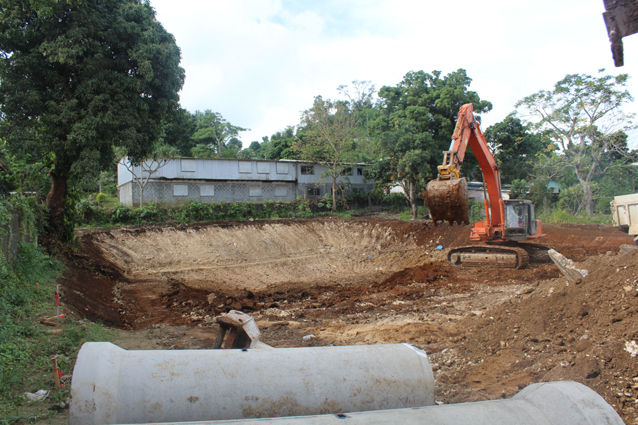 Status of Project Outputs. Output 1 - Improved road network and drainage system in Port Vila. A Practical Completion Certificate was issued for the Construction of the George Kalsakau Drive Concourse (GKDC) contract on 3 March 2018. The works were completed to schedule and the contract has moved into the Defects Liability Period, which expires on 3 March 2019. The Practical Completion Certificate lists 5 items of deferred works – street signage, line marking, installation of checker plate lids for Central Inn septic tanks, mountable bollards, and acid etching to raised concrete pedestrian crossings. The completion of street signage and line marking is likely to be delayed until direction on the appropriate line marking and street sign standards are issued by the Government through the Ministry of Infrastructure and Public Utilities.

Output 2 - Improved sanitation system in greater Port Vila. The operation and maintenance (O&M) component of the STF construction contract expired on 28 February 2018 and the facility was handed over to the Port Vila Municipal Council (PVMC) for operation. Reports indicate that PVMC is operating and maintaining the facility well. Long term water quality monitoring is required to ensure that the STF does not contaminate the aquifer beneath the STF or the Teouma River. A water quality monitoring program (WQMP) will be prepared under PVUDP to gage the impacts of STF operation on receiving waters.

Output 3 – Improved Hygiene Facilities. The Communities Sanitation Facilities (CSF) at Mele-Waisisi were handed over to the Mele-Waisisi community for operation on 24 April 2018 while construction of Community Engaged Facilities (CEF) at Ohlen Nabanga was expected to be completed in May 2018 but now looks set to be delayed largely due to supply of materials and workers availability. The construction of CEF at Tokyo Buninga has commenced and is expected to be completed in July 2018. The contract for the construction of new public toilets at Fatumaru Bay and Independence Park have proceeded well. The contract, which was signed on 9 January 2018 in the amount of VuV48.501 million, is scheduled for completion on 6 August 2018. A component of the works – the refurbishment of the toilets at the Vila Central Hospital was deleted from the contract at the request of the Ministry of Health. The works at the Vila Central Hospital will now be delivered through the TC Pam Recovery Program (funded by the Government of Australia).

Contract Awards and Loan and Grant Disbursements. To date, 16 contracts have been awarded with a cumulative value of $30.734 million and total of $23.120 million disbursed from the PVUDP loan and grant accounts. The actual contract awards to date are satisfactory in terms of ADB’s projected contract awards for PVUDP - $30.421 million. However, disbursements are 23.1% less than the ADB disbursement projection ($6.891 million) which is attributed to the delayed implementation of the project.